Last summer these dreams of being trapped within a plexiglass box spun my nights. Sleep eluded my eyes and this entrapment captured my varying thoughts. The woods in which this clear cell was placed were calming because they were familiar. An alternate home where my childhood years became spent, night after night I’d visit the monsters that hid in between the darkness of the trees. Once a frightening place, slowly morphed into a familiar twisted comfort.

My anxiety was never placed with the location of these dreams, it was found painted across the crystal prison I was in and with the kind faced stranger that stood outside my cell.

For two months this dream played on a loop, the same plot of struggling to find a way out before losing my mind and trying to figure out the meaning behind the kind stranger. Puzzles are something I find enjoyable, but this is one that was hard to decipher. For two months I kicked, punched, dug and screamed my energy away in hopes of escaping. With every attempt followed a fail. During this subconscious madness moments of calm where only found when I happened to glance at the kind stranger outside my cell. He never spoke, rarely moved. He simply stood and smiled. I never glanced for more than a few seconds, his unknown appearance leveled up my anxiety and I was already skyrocketing from trying to escape.

As these dreams continued small differences began to appear, such as a gun and bat (both conveniently located outside the box, of course). So, my mind now in overdrive as to how I could get my hands on one of them….. one night my mind must have been overwhelmed because I dreamt that I was ready to give up. I sat on the ground, started playing a game of Stare with the kind stranger and could feel myself ready to throw in the towel. While in the stare showdown with Mr. Kind, I felt like he was trying to figure out what I was thinking. He was getting a little too inside my head. It was a calm chaos, but I just wanted it all to end. I just wanted to sleep.

Long story short and several dreams later, I finally grabbed the gun and the dreams stopped. If you want to know how this all unravels you can check out my blog entitled “Louisville Slugger vs. Glock 22”.

Crazy dreams…waking up in a cold sweat…gasping for air…these are all symptoms that I am very much used to. The kind stranger, however, threw me for a loop. He, in fact, was the most dangerous part of my dream. Sounds odd, I know. See, he brought a sense of calm to my mind that I had never felt before. A calm that caused the angst and fear to pause every time I looked at him.

Even though the dreams stopped…the calm feeling that wrapped around me is a feeling that I find myself conjuring up whenever my anxiety kicks in. I have become, dare I say, addicted to this kind faced stranger’s image.

Last month he appeared in a couple of my dreams, but nothing compared to last year. I still dont know why he entered my hellish woods, the meaning behind his presence. I don’t think he will ever be a puzzle I can solve, part of me has come to grips with this and the other part is going a bit crazy that the unknown will remain as such.

I wish I didn’t find this level of comfort with his image, the calm is real but the hopes of ever truly finding it in reality isn’t. I wish I could erase it all, but I can’t.

Have I gone completely mad? Have I morphed into Alice endlessly falling down the rabbit hole?

I fell in love with a very bad habit, but I feel alive for the very first time… -Machine Gun Kelly 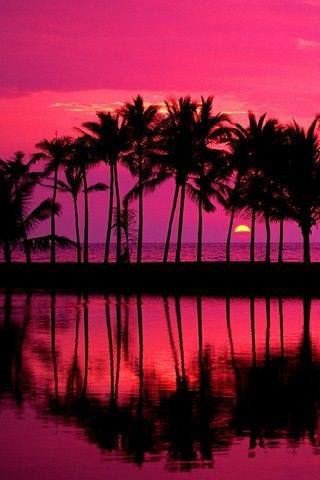 A Human Anomaly 🖤 Writing started out as an escape for me, then somewhere along the way it became my passion. The pen speaks for me when my lips fail to. My past demons are now my life lessons. Love loudly & hate silently. Cali girl, born and raised. My family & friends are my everything. Beach baby, foodie, coffee addict, bookworm, writer, blogger, movie buff, music maniac, night owl. With a cup of coffee in my hand and a piece of honesty from you, I'll bring my walls down and show you my unguarded soul. Contact: mystikx84@gmail.com